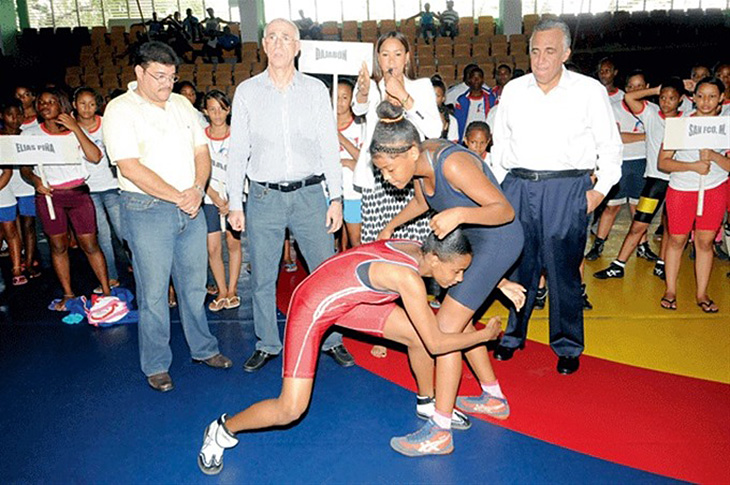 Featuring the participation of the top 170 athletes in the country, the Dominican Wrestling Federation (FEDOLA), inaugurated on Friday, at the Wrestling Pavillion of the Olympic Centre, the III version of the National Female Wrestling Championship, where the Restauración Cup is being disputed.

The championship, which is observing freestyle wrestling until Saturday, will give action athletes between the ages 10-12yrs, 13-17 and 18yrs- adult the chance to participate.

At the opening ceremony, the FEDOLA Chairman, Antonio Acosta, manifested that this celebration of the tournament seeks to promote female wrestling to top levels and discover new values.

“We are going to continue working on female wrestling. The investments incurred in by the Dominican Olympic Committee (COD) and CRESO, are being noticed, not just in the sport itself but also in the youth involved. This project will continue growing”, Acosta assured.

The Olympic exhortation was headed by Luisín Mejía, COD Chairman, whom pointed out that the female wrestling championship will permit an assessment and recruiting the best talents that will represent the nation when abroad.