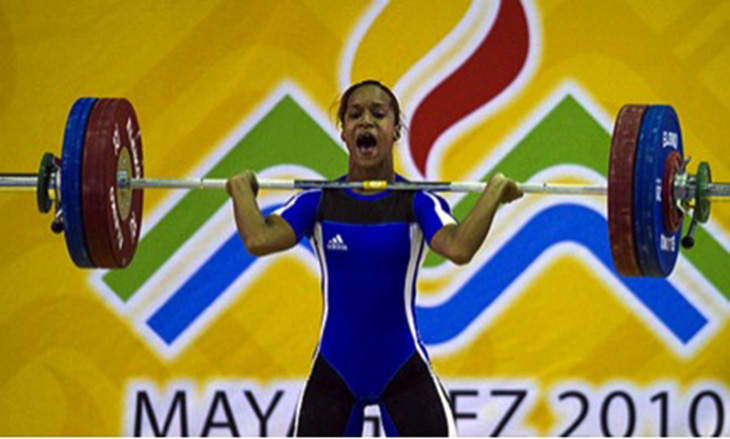 Olympic and World Medalists Compete in the American Pan of Weightlifting

Multimedallists athletes in the World Cup and Olympic Games are in Dominican Republic to defend the colors of the flag of their country in the Senior Weightlifting Championship, last qualifier for the Pan American Games next year in Toronto, Canada.

Powers of the continent like Colombia, Mexico, Venezuela and Cuba will be given the luxury of being represented by the cream of their athletes will, just like Dominican Republic, which will showcase the world medalists at junior level and higher Yudelkis Contreras.

Notable champions of Pan American and Central American and Caribbean games also fight for tickets to their country from Wednesday when they iniciate the competencies of the championship that will take place in the pavilion Jose Joaquin Puello, the East Park. The opening of the event will be held Tuesday at 4:00 pm.

Colombia, the country that sets the standard of weights in America and one of the best in the world, brings among athletes Leidy Solis, the current world champion in the 69 kg category and who in 2005 was crowned world junior champion in Qatar, with only 16 years of age.

Nearly all the members of the delegation of Colombia have won world and Olympic medals on occasion. ‘

It’s the Solís case, Ana Iris Segura and Katheryn Mercado, both of 48 kg; Rusmery Villar, at 53; Mercedes Perez, 63 kg; and Ualdina Valoyes, at 75. All athletes are Olympic and world, just like Mari Leivis Sánchez, of the 63 kilograms.

During the 53, Rusmeris Villar is the leading contender to take the Dominican Yudelkis Contreras, current Pan American champion and double Monarch of the Pan American Games (Rio-Brazil 2017) and Guadalajara 2011).

“Historically she (Villar) has been the biggest threat to end the reign of Yudelkis and this time is no exception,” admitted the Dominican coach Felix Gallego-Ogando.

Mexico is led in the women’s branch by youth world champion in over 75 kilograms, Gladis Well, and Central American and Pan American medalists Cinthya Dominguez and Tania Mascorro, in over 75 kgs.

Also on the Mexican Olympic list Quisia Guicho and Patricia Dominguez, at 58; Eva Gurrola, 63; and Aremy Fuentes, 69. For the boys are the Pan American champions and Olympians athletes Sergio Ruiz and Alfredo Ozuna, at 85 and +105 kg, respectively.

For Brazil comes the Olympians, World Cup and Pan American and South American medalists Rosane Santos, Liliane M. Lacerda and Jaqueline Ferreira, who will compete in 53, 63 and 69 kilograms successively.

United States has as group leader Kendrick James, chosen as Model Athlete of the past Olympic Youth Games. As the Olympian Astrid Camposeco Hernandez is the most exponent of Guatemala in females, the Pan American and Central American medalist Oscar Valdizón is in males. Compete in +75 and 77 kgs.

For Chile are on the World Cup and Pan American champions Elizabeth Cortez, in +75 kg; Bastian Lopez, at 77; and Javier Gonzalez, at 94.

The Pan American of Weightlifting is mounted and the Organizing Committee, chaired by the National Treasurer Alberto Perdomo Peña, has garanteed the success of the event that will distribute 125 seats for Pan American of Toronto.

The event features the main support of the Central Government, through the Administrative Office of the President. It also has the support of Creating Olympic Dreams (Creso) program and the Dominican Olympic Committee. The fair ends on June 3.