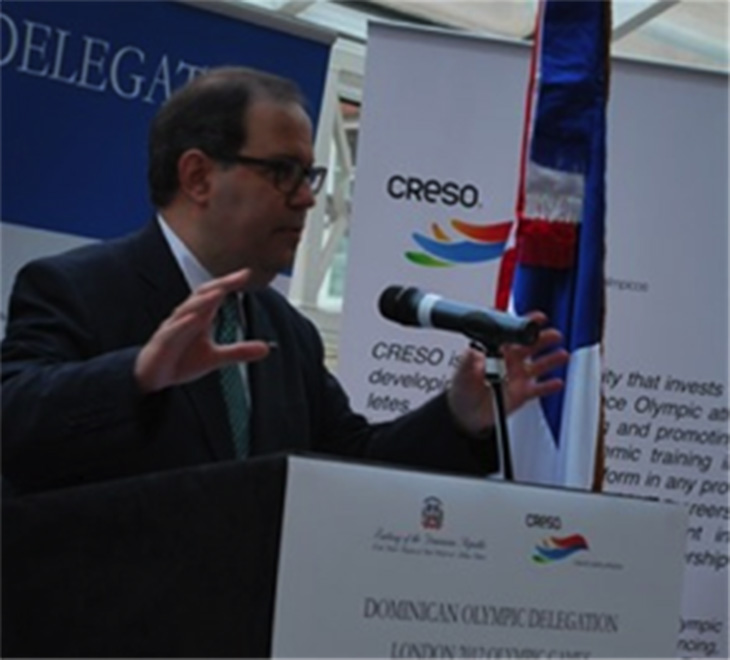 The president of CRESO (Creando Sueños Olímpicos), Felipe Vicini reaffirmed the commitment of continuing to support Dominican athletes. Vicini, whom issued a courtesy visit on Friday morning to all athletes that still remain in the Olympic Villa, reaffirmed his satisfaction with the performance they have had in the Olympic Games which close this Sunday in the capital.

“I am very happy with the performance our athletes have had, very happy”, said Vicini, whom has been here backing the participation of Dominican athletes, whom resulted winners of two medals, one gold, through Félix Sánchez, in the 400 meters with hurdles and one silver by means of the young Luguelín Santos, in the 400 meter dash.

Vicini, whom was greeted at the Olympic Villa by Tony Mesa, deputy chief of mission, was emphatic when highlighting that “CRESO will continue supporting the athletes of Dominican Republic”.

The president of CRESO arrived after mid-morning and greeted all the mission members whom are still here to participate in the Olympic Games farewell parade which will take place tomorrow, Sunday. Also he disclosed on the progress of athlete Gabriel Mercedes, whom suffered a terrible injury in his right knee on his first presentation, and which left him sans chance of advancing in the 58Kg category of the Taekwondo tournament.