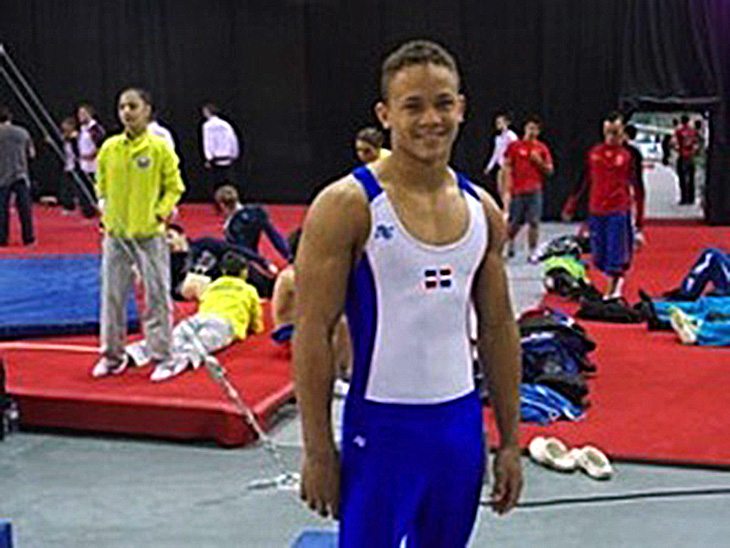 To take the plated metal, the Dominican gymnast achieved a score of 15,025, surpassing the 14,925 that were obtained in the qualifying round which allowed him placed in the second position of the specialty on Saturday.

Nin Reyes, who is sponsored by the Creso program, achieved the second best score in the jumping Dragulescu (hereinafter triple half twist), which was 15,350, the highest jump in the World Cup.

In the second jump of the final, driggs (Kasamatsu extended with 3/2 rotation), Nin Reyes takes the same score ranking, 14.70

We are very happy and satisfied with the work done by Audrys, coach Jose Garcia and all the technical stuff that worked for us today so we can display this great achievement, said Edwin Rodriguez, president of the Dominican Federation of Gymnastics (FEDOGIM).

The gymnast hander overcame his performance to the Chilean Enrique Thomas Gonzalez, who ranked fourth in the Olympic Games in 2012, as well as Samuel Mikulak, the best gymnast in the United States, and the top two athletes from China.

Besides, Nin Reyes released a new element, which was approved by the International Gymnastics Federation (FIG), the entity that gave a degree of difficulty F on pommel horse.

We thank the Creso program for their contribution, the Dominican Olympic Committee, to gymnastics federation and all those who helped achieve this goal, said the president of the FEDOGIM.

It is the first time Audrys Nin, who won gold in the past Bolivarian Games Peru, attends a World Cup.

Last year, Nin Reyes participated in the World Cup of Artistic Gymnastics held in Antwerp, Belgium, where the athlete exhibited a new element approved by the International Gymnastics Federation and gave him the name of the hander.